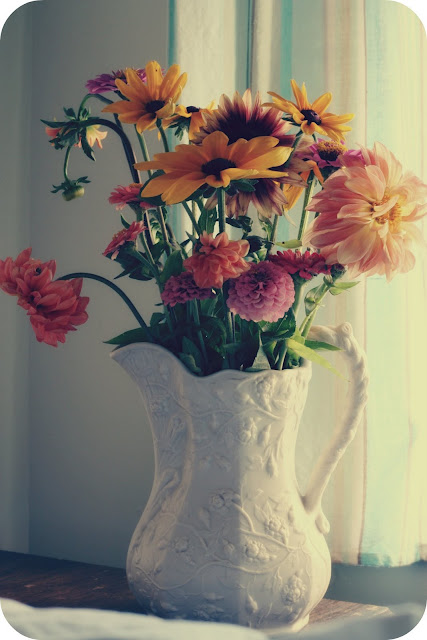 Summers when I was a girl I'd travel in an ocean liner with my mother and sister to visit my mother's parents in the tiny village of Beaver River, Nova Scotia.  The ship was grand for such a humble destination, but over the years I grew accustomed to the many decks, the slot machines, and the lounges with polished brass railings to grab onto when the seas began to roll, something that happened often in the tempestuous Bay of Fundy.
My favorite childhood books always had a portal of sorts that led to a magical place: the rabbit hole in Alice in Wonderland, the hidden door in The Secret Garden, the wardrobe in the Narnia books.  Looking back, I realize that on those voyages the sea itself was my portal.  We booked a passage through its waves, carried our bags up the gangway under the light of the moon and stars, and then spent ten-hours tossing and turning,  cradled in the great vessel's hull. 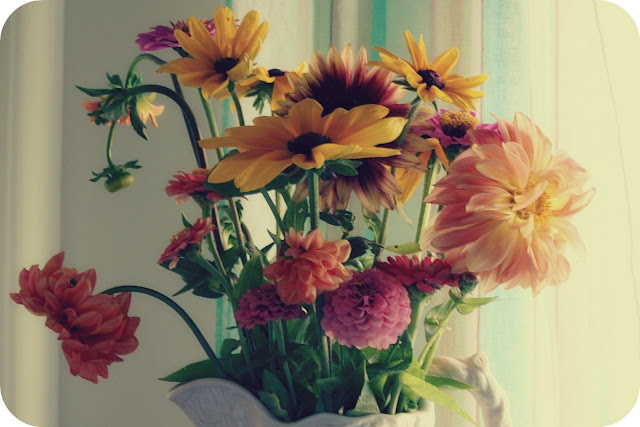 And when we arrived on the other side of the bay--the other side of the world as I knew it--there was the confusion of customs, the hugs and exclamations about how much we'd grown from my grandparents, and then what felt like a long drive down a road that hugged the coast--the Evangeline Trail in fact.  The destination was a little white farmhouse with a steep-pitched roof in front in the traditional Nova Scotian style.  Here's what I loved most about visits to that house:
The one thing I loved the very best, though, was the short dirt road to the beach.  The air there smelled like salt and hay and scrub pines.  The pebbly road satisfied a child's need to make noise with each footstep, counting out the rhythm of our pace as we walked, singing all the summery songs we'd learned on 45's by the Carpenters, John Denver, and Carly Simon.

And then there were the wildflowers.  The road was edged with every kind I knew: Queen Anne's lace, wild sweet peas, rugosa roses, daisies, Indian paintbrushes, lupine, black-eyed Susans, clovers, and buttercups.  There were many I didn't know, too, and for those I invented names like curly purples, whiz-bangers, and tiny starlights.  Every afternoon on our way back to the farmhouse, my sister and I picked armfuls of wildflowers to bring to my mother and grandmother who helped us fill vases and pitchers and jelly jars with flowers for the whole house.
I seldom have the chance to pick wildflowers anymore--at least not in such great abundance.  I always steal a few roadside Queen Anne's lace each year or a handful of rugosas, but nothing can match the wild and sweet excess of those childhood bouquets.
I had a taste of that memory yesterday at Jordan's Farm in Cape Elizabeth, where you can pick a large bunch of farm flowers for $4.  They may not be wild, but the feeling of having hundreds of blooms to choose from, the butterflies and bees whirling around me as I cut the stems--it was its own portal of sorts.  I felt that if I just kept walking down that row of black-eyed Susans, I might end up on a dirt road in a place on the other side of the world I as I know it, my arms full of blossoms, my heart and mind full of people long since gone. 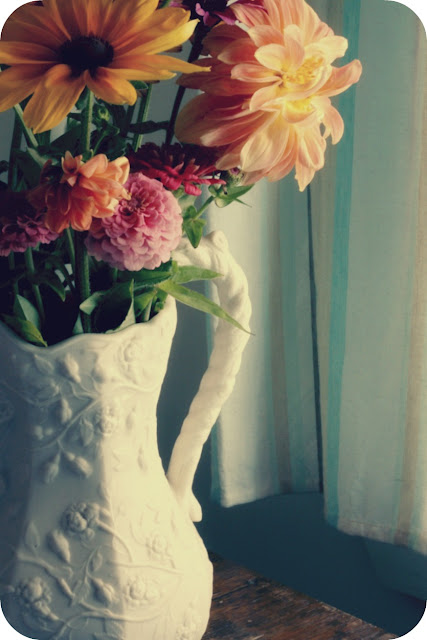