The Ferry to America 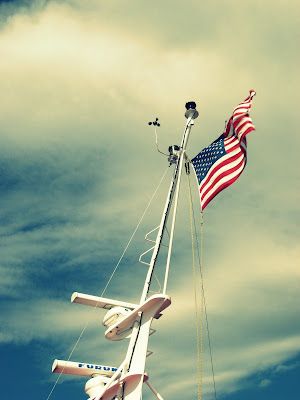 Some people who live on the island refer to the mainland as "America," as in, "You goin' over to America today?"  And while it's a mere fifteen minutes over to Portland, it does often feel like a world--or at least a country--away.  Most of the time I'd rather stay here, but one does need things like hair salons and farmers' markets and banks, so trips to America are necessary.  Plus, the ferry ride weaves its own kind of magic.  Whatever the weather, whatever your mood, there's this harbor and the seagulls and boats of all shapes and sizes, and salty wind in your hair.  If one has to make a commute, this is the way to travel. 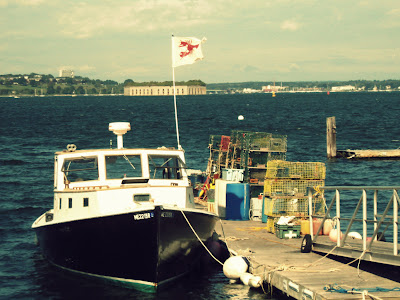 Before you even leave the island, you wait down at the landing next to Forest City Seafoods; they are open in the afternoons and they actually sell only lobster, which for some people in these parts covers the entire category of "seafoods."  If you like lobster, it doesn't come much fresher than this. 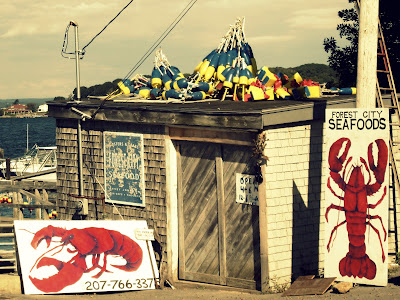 On weekends and warm days, you need to fight for a good seat on the open upper deck, but the day I took this shot was windy, so only brave souls toughed it out for the whole journey.  Yep, that's Todd on the right.  He thinks of the front seat as "his" and doesn't care if it's windy. 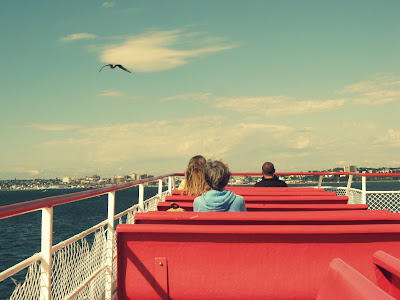 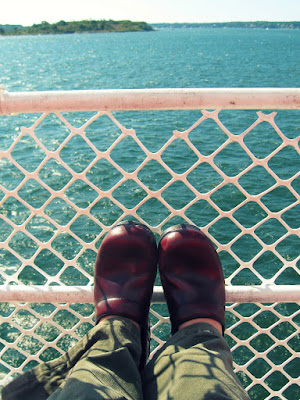 Once in Portland, there are endless choices and places to go.  I grew up near here, and I went to college here, so even though it's been 18 years since I lived in Portland, I still think of it as home.  It is the place where I feel most myself, most comfortable in my own skin.  Do you have a place like that, too? 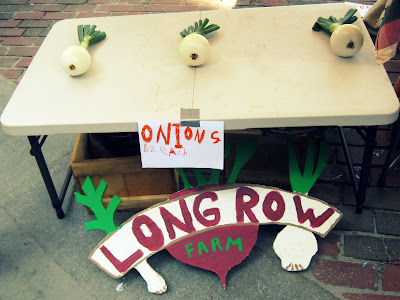 On Wednesdays and Saturdays we go to the farmers' market.  I love the picture above because this farmer's young daughter had made the "onions" sign and had arranged this wonderfully minimalist display.  Very zen.  I liked that her mum had let her do this. 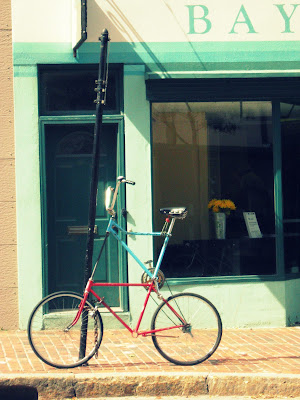 I snapped the picture above on Congress Street where you can find the Maine College of Art, the Portland Museum of Art, the Henry Wadsworth Longfellow House, the Portland Library, and loads of funky antiques stores and restaurants.  It runs west to east, straight through the city's heart. 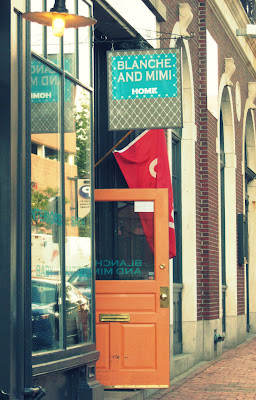 Portland's Old Port, down on the waterfront, is the center of tourism and shopping.  When I first graduated from college I worked (and played) down here.  It's wonderfully local and pretty and hip, even after all these years.  Blanche and Mimi is a cool little French-inspired homewares shop. 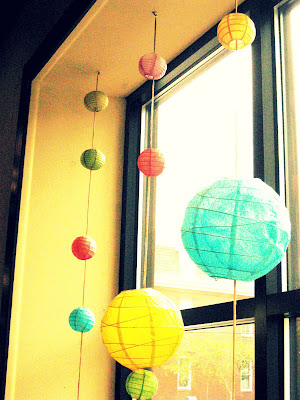 The east side of Portland is the up and coming hip neighborhood.  The area called Munjoy Hill used to be a little bit scary, but today it is the place to go for great shopping and AMAZING food.  Portland is a foodie's paradise.  I'd choose it over Boston any day, plus it is more reasonable and far less pretentious.  The photo above was shot in a great little coffeehouse on India Street called Coffee by Design.  They roast their own beans and have a few locations around town. 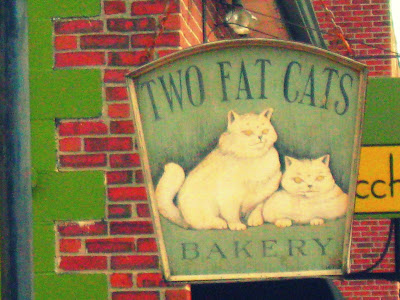 My cats opened a bakery!  No, not really, but I kid you not when I say that this place is phenomenal.  If you are in Portland, you must go there! 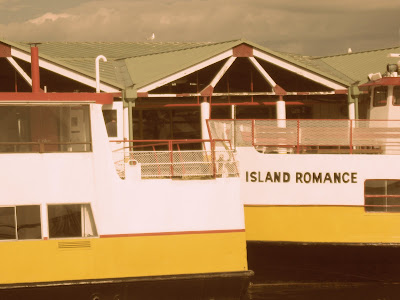 I want to show you dozens more pretty and inspiring places (oh, like Z Fabrics--I'll take you there in another post), but we mustn't miss the ferry back home! 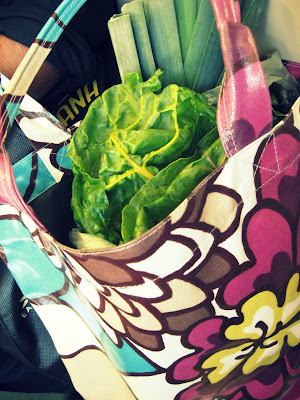 We make the ferry just in time, and I toss my bag on the bench beside me.  It's stuffed with fresh veggies from the market, so tonight I'll make a white bean and swiss chard soup. 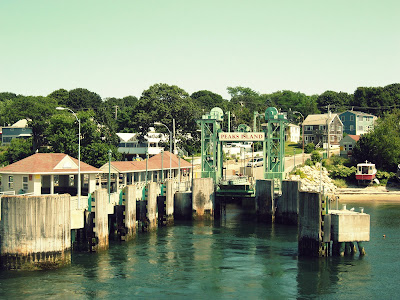 A quarter of an hour and one chapter of The Secret Diaries of Charlotte Bronte later, the island landing welcomes us back from our journey to America.
Posted by Gigi Thibodeau at 9:02 PM