I See the Moon (in Everything): My Obsession

As Mr. Magpie and I were leaving the house last night for our evening walk around the neighborhood, I said, quite casually, "I think I'll bring my camera."  This, of course, is a little like a scuba diver saying, "I think I'll bring my oxygen tank," a fact I realized even as I was uttering the words, and which was confirmed by my husband's uncontrolled laughter.  Many of you know what I'm talking about.  Our husbands, friends, and families have come to accept that dinner won't be served until each dish has been photographed in just the right light with steam rising tantalizingly from the pasta/potatoes/risotto.  They know that any visit to a new restaurant will require shots of the decor, the specials board, the entrees, and the creme brulee.  They no longer bat an eye when we haul out our cameras at greenhouses, antiques shops, used bookstores, and, the big one . . . cafes--for who among us can resist snapping a foamy latte on a granite counter with a pretty heart fashioned from the milk froth?
I'll come out and say it: I am an addict.  I'm hooked on the click, the frame, the snap, and shutter.  I'm hooked on light and color and control.  That's right, control.  I decide what to leave in, what to leave out.  I decide how bright or dim, how focused, how blurred, how washed out or saturated with color.  Most of all, I'm hooked on remembering moments--flashes of perception and thought and feeling.  A photo brings back smells and sounds and emotions.  It brings back physical sensations: the feel of cobblestones beneath my feet, the salt breeze coming in off the bay.
Last night, as we made the long loop up the hill and around our neighborhood,  Mr. Magpie waited patiently while I snapped pictures as if our little world would disappear tomorrow.  The thing is, for me it would.  At least this version of it would, this twilit June night under a full moon when the air felt soft and still warm from the day.  The streets were quiet.  Nearly everyone was inside watching the Bruins beat the Canucks for the Stanley Cup.  As I framed a shot of the moon rising over our park on the bay, joyous shouts rose up and tumbled out the open windows of one of the old Victorians on the Prom.  The Bruins  scored their first goal of the night just as I took the shot below. 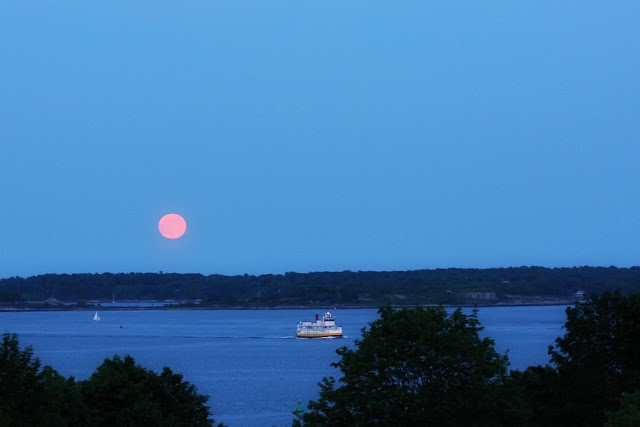 By the time we made it home, I had taken 86 photographs.  Just like that.  Nearly half were of the moon.  But then, as I looked through the shots, I began to see the moon in all of them; circles emerged, full moons and half moons and silvery crescents.  I realized then another reason I'm obsessed with photography: patterns.  This fascination also lends itself to my love of writing and of art in general.  I love patterns--the ones I see in a field of daisies, in a well-wrought poem, or in a lovingly designed room.
And so, it was there in the O's of a favorite restaurant's sign--the moon was in the spoon-- 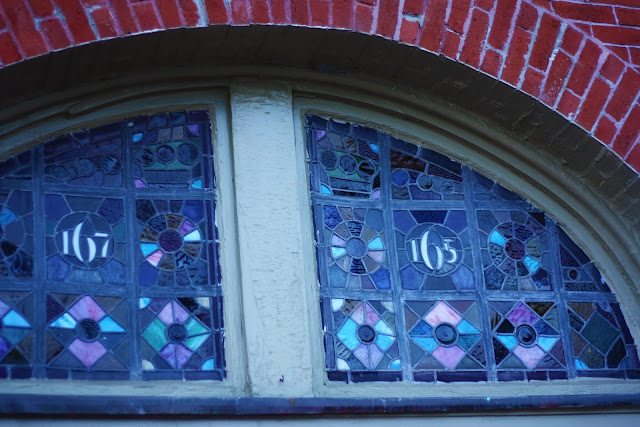 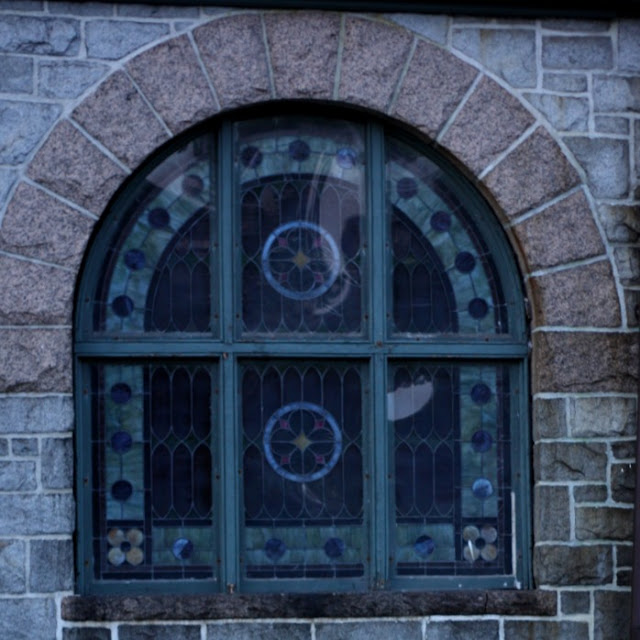 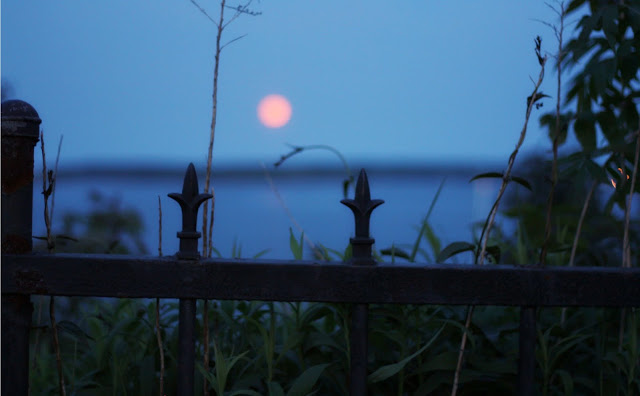 in the spectacles (or lunettes as in lune, as in moon) in a favorite studio 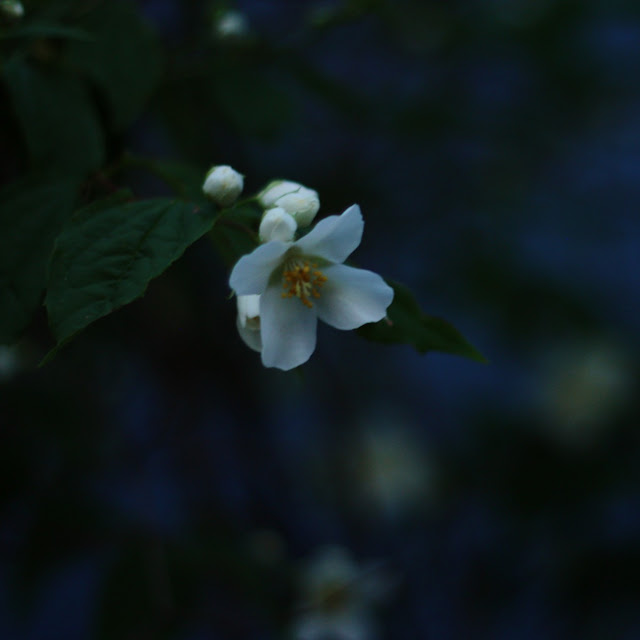 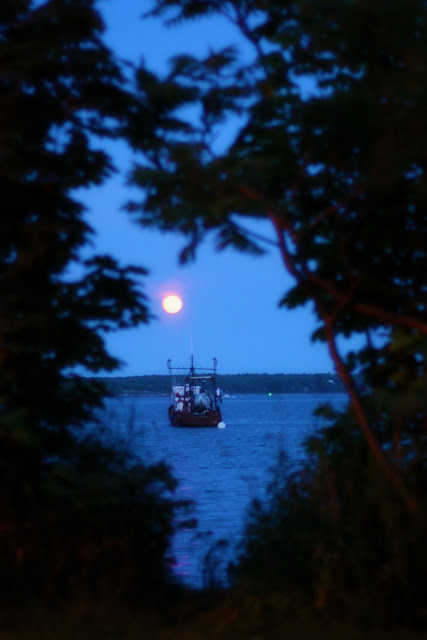 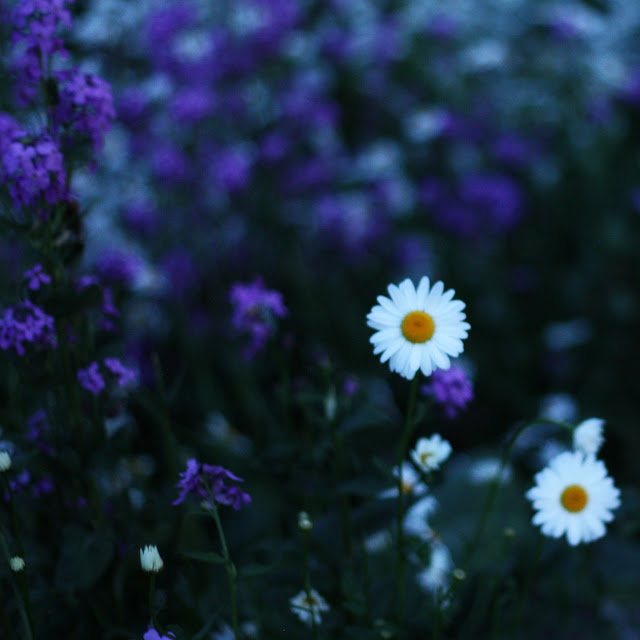 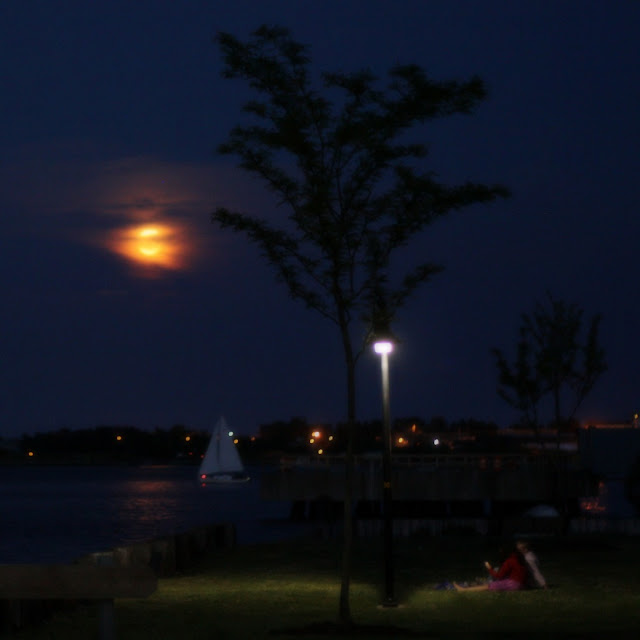 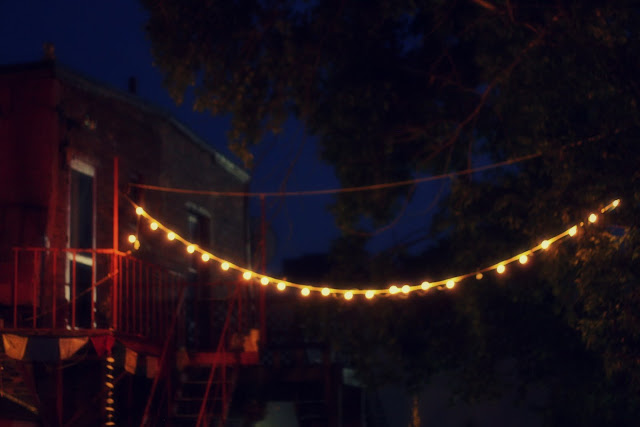 and strung on a line behind a neighbor's place. 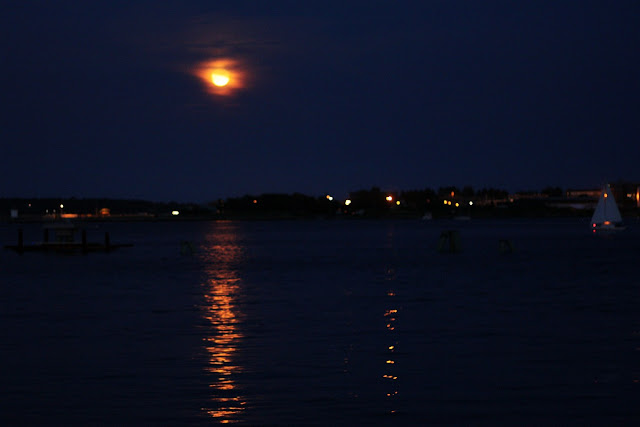 The moon was everywhere at once, and it was up to me to find it.  And that's just it.  Camera in hand, I am both treasure-seeker and archivist.  And the treasure usually lies where I least expect it--in a mood or a color or shape . . . or something else I didn't see at all until I peered through the lens.
Posted by Gigi Thibodeau at 5:06 AM