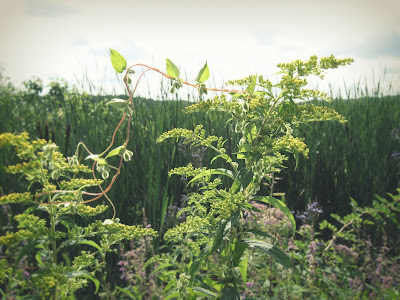 If you have been reading my posts for a while, you know that I often mention a national wildlife refuge in Concord, Massachusetts, called Great Meadow.  Actually, the place I write about is one of a chain of meadows and wetlands in the refuge.  It is a beautiful marsh surrounded by woods, a spectacular spot for watching birds and all sorts of other wild creatures.  Today, when Todd and I arrived at the gate to the pathway, we discovered a disturbing notice posted by the refuge managers on the bulletin board. 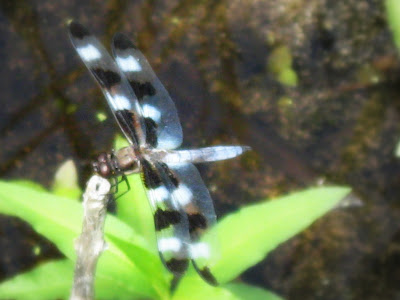 Someone, it said, had come to the refuge in the past few days and shot a Canada Goose two times in the head with a blow dart.  It is, of course, illegal to shoot birds on a wildlife refuge, and the managers are looking for leads into who did this.
As we walked along the path that cuts through the center of the wetlands, spotting red winged blackbirds, marsh wrens, great blue herons, a red-tailed hawk, goldfinches, and several other birds, as well as dragonflies and butterflies and jewel-colored frogs, we wondered aloud about people who enjoy harming other creatures--whether humans or other animals--purely for sport.
After an hour or so of walking in the baking afternoon sun, we turned to head back to the parking lot, but we'd made it only a few dozen yards when we came across a small group of people talking in hushed tones.  As we approached them I realized that they had found the goose who'd been shot.  I'd been assuming that the goose had died, but there he was, the two darts still in his head, standing beside the water.  Apparently, refuge managers have been trying to catch him, with no luck.
He is clearly suffering.  To say I am sickened by this is an understatement. 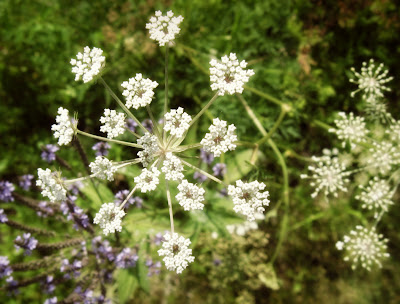 There are so few wild places left in the part of Massachusetts where I live that a refuge like Great Meadow grows more precious by the year.  It is an enchanting place where a person can stand in one spot for twenty minutes, as we did today, and watch a blue heron fishing, silently, for his lunch just a few feet away, the only sounds coming from dragonflies flitting over the water lilies and the 3" long marsh wrens chattering from their hidden nests in the cattails. 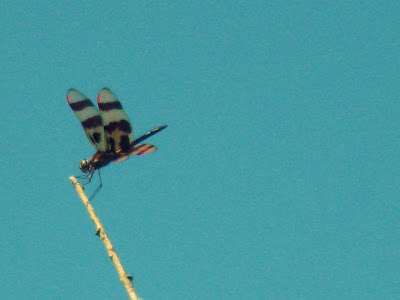 "Our task must be to free ourselves . . .
widening our circle of compassion
to embrace all living creatures
and the whole of nature and its beauty."
~Albert Einstein
Posted by Gigi Thibodeau at 12:38 AM

Email ThisBlogThis!Share to TwitterShare to FacebookShare to Pinterest
Labels: nature