The Journey Back to Quebec: Part II, How to Recover Four Years of Forgotten High-School French in Four Days 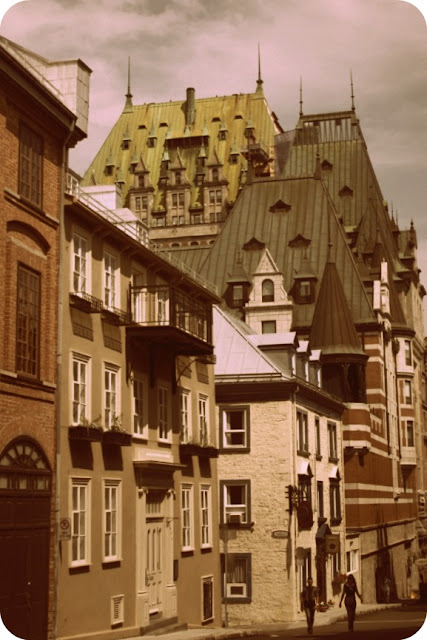 My last post ended with Monsieur Magpie and me hightailing it for the Canadian border, singing, "We got married in a fever, hotter than a pepper sprout.  We been talkin' 'bout Jackman ever since the fire went out . . ." at the top of our lungs.  Once we'd made it over the border though, the singing stopped and the serious practice began.  One of the many painful truths we have accepted after twenty years together is that our combined knowledge of the French language puts us at about the level of a five-year-old native speaker.  This isn't such a good thing when one considers that between us we have studied eight years of high-school French. 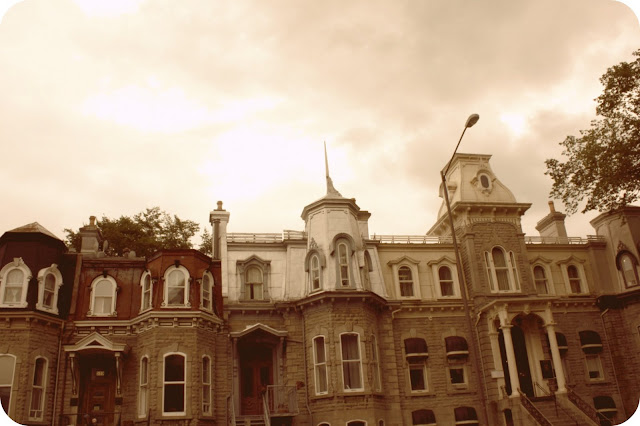 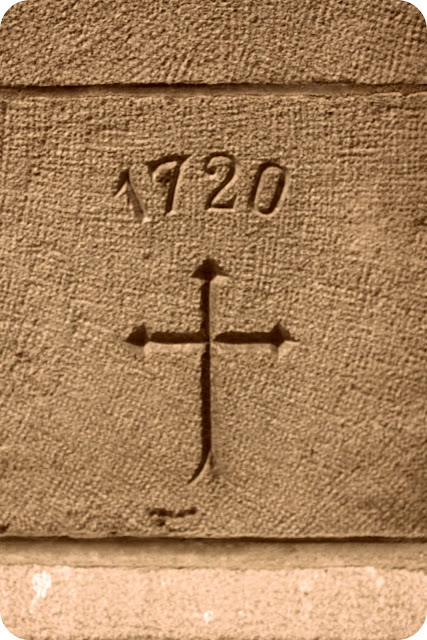 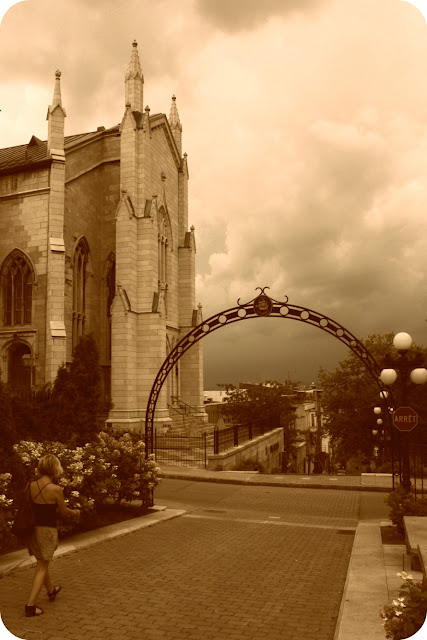 Interestingly, too, we each have very different sets of skills.  Todd knows his verbs--how to conjugate, how to use tenses, how to string them together to show actions that happened yesterday or that might happen tomorrow.  I, on the other hand, have managed to maintain a large store of nouns and other vocabulary words in the old metal file drawers of my brain.  I can tell you that la bougie means the candle (or the spark plug), but I can't quickly tell you to blow la bougie out before it catches the curtains on fire.  Needless to say, after two decades of studying, teaching, and making a living as a writer, I know which tools are most important to have at one's disposal when communicating.  It's easy to look up a noun in a dictionary, but the ability to craft a sentence that makes sense is not so simple.  Todd is thus a much faster and more fluent French speaker than I am.  I, with my brain for minutiae and lists, fumble along, spouting nouns and colorful adjectives, and gesticulating wildly.  I do sprinkle in a verb or two from time to time, but my sentences lack any sophistication. 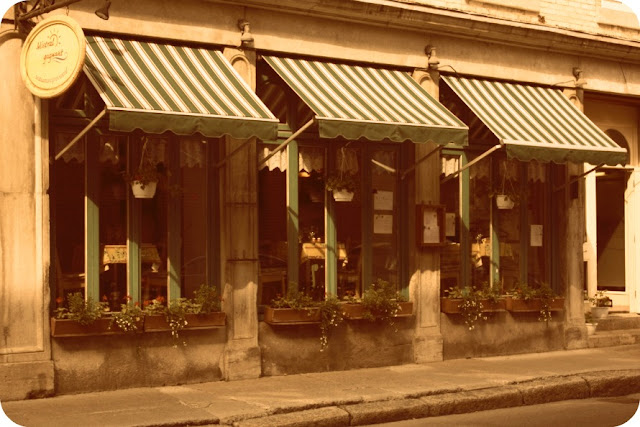 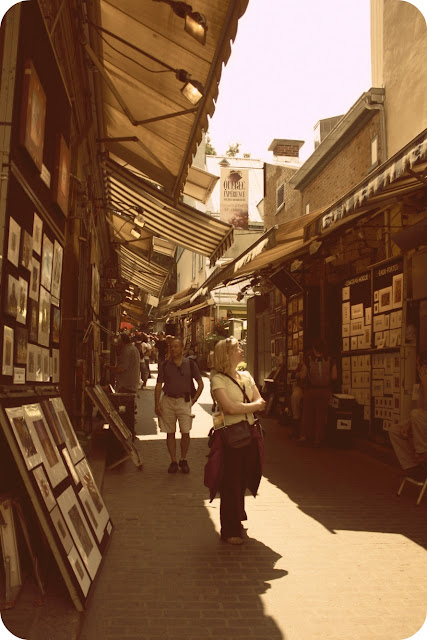 So, what to do about this problem? 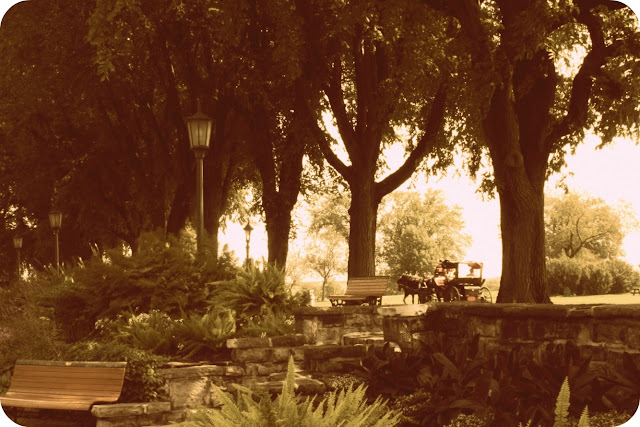 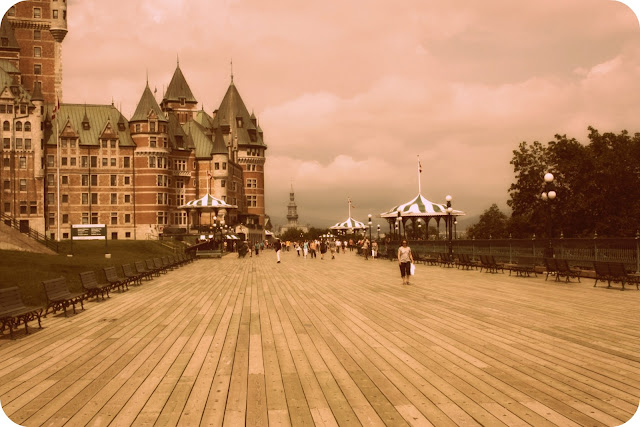 For us the answer was--and is--simple.  Dive right in and talk.  So talk we did.  We had conversations both long and short with locals everywhere we went, and we found that every single person we met was more than happy to talk with us.  Armed with a pocket dictionary and a book of common phrases, we spoke as much French as we possibly could.  We also asked countless questions about words, expressions, and turns of phrase. 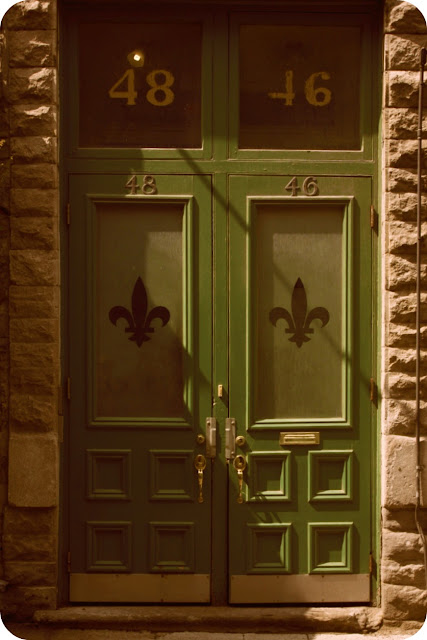 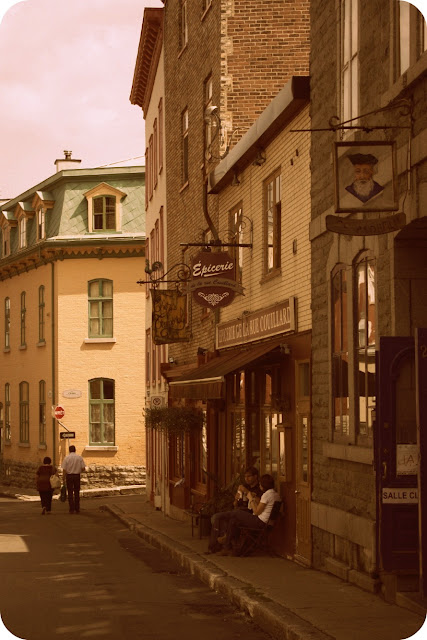 I found that the more I spoke, the more I wanted to speak . . . and to listen.  Whether discussing medieval illuminations with the owner of one of the best pen shops I've ever visited, Quebec politics with a fantastic graphic artist, or great local neighborhoods with a man we met on the street, I loved listening and discovering new nuances of this beautiful language along the way.  By our fourth and last night there, we didn't need to resort to any English when we chatted with our waitress at Chez Victor (the best burger place ever, including veggie burgers).  It sounds silly to be excited about speaking very basic French at a restaurant, but the fact that she didn't automatically switch to English as soon as she heard our American accents was heartening for us.  Many folks will politely shift over to English if they know that French is hard for you, but we learned that if we asked them to use French with us, most people were happy to help us stumble along. 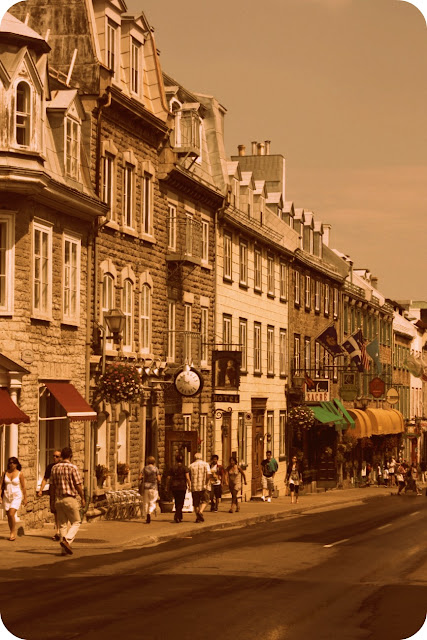 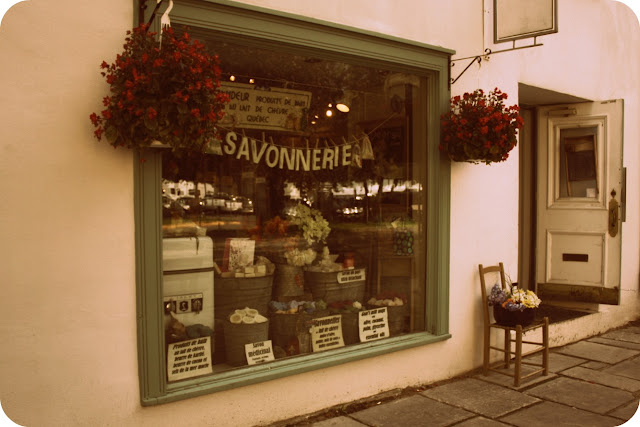 As an American who loves talking with people visiting my country, it was a thrill to meet so many like-minded folks in Quebec.  It was also a thrill to think so hard every day that my head hurt.  Even when Todd and I were just talking to each other, we tried to speak in French as much as possible.  Now that we're back in the U.S. we're still at it, messing around with sentences and looking up words.
I kick myself for being such a lousy student all those years ago in high school.  I couldn't be bothered to learn the language of my own heritage, my father's first language, and one that carries me back to some of the best memories of my childhood.  The motto of Quebec province, which can be found over the main entrance to the Parliament building and on every Quebec license plate, is something one can't help but feel, especially within the stone walls of Vieux Quebec.  Je me souviens.  The French may have lost to the English on les Plaines d'Abraham in 1759, but this is a deeply French place.  It endures.  Et quand je suis à Québec, je me souviens aussi. 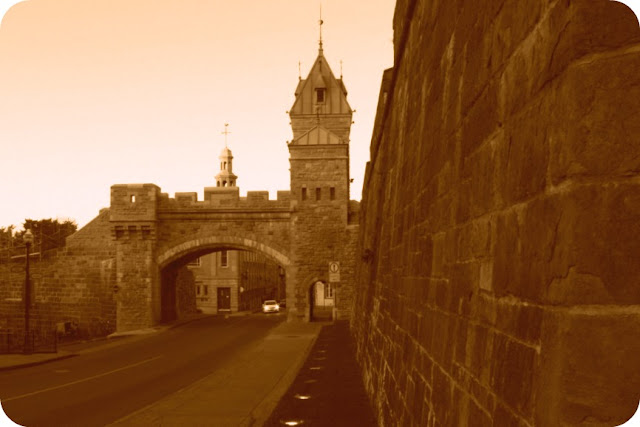 Posted by Gigi Thibodeau at 6:53 PM