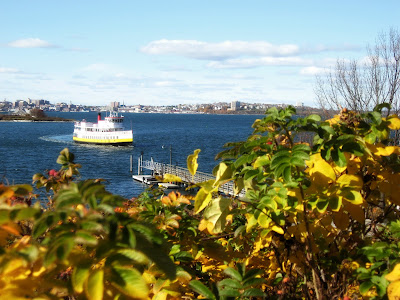 We hopped the ferry this morning to visit Jordan's Farm in Cape Elizabeth for vegetables to roast: leeks, potatoes, squashes, garlic, carrots.  And they had the loveliest brussel sprouts, still on their stem.  I'll be blanching those tomorrow and then browning them with butter, shallots, and walnuts. 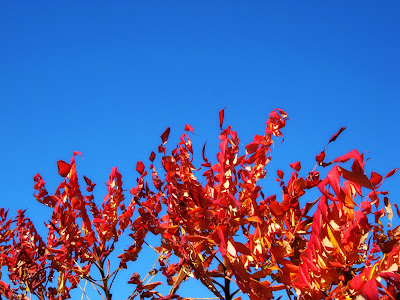 The leaves are still glorious.  Is it just me, New England friends, or is this a spectacular foliage year?  And the sky.  Just look at it!  The blue sky in fall on a cold New England day is what makes me glad I live here (Someone remind me of this post when I'm moaning in February about the cruddy weather).

No pleasure trip to Cape Elizabeth is complete without a stop at Portland Head Light.  This is the lighthouse people think of when they imagine the Maine coast.  Winslow Homer, whose studio was nearby, painted it, and Henry Wadsworth Longfellow, who often walked to the lighthouse from Portland,  wrote about it in a poem aptly named "The Lighthouse."  I'll admit here that Longfellow isn't my favorite poet, but I love how he evokes the flashing signal in this stanza: 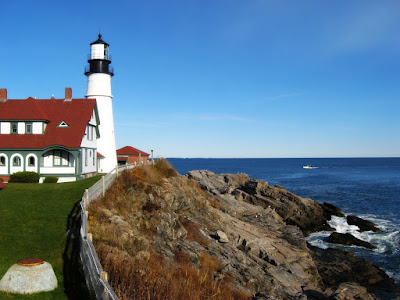 They come forth from the darkness, and their sails

Gleam for a moment only in the blaze,

And eager faces, as the light unveils,

Gaze at the tower, and vanish as they gaze. 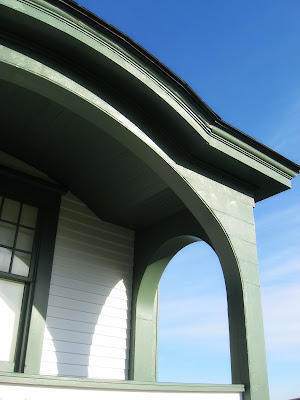 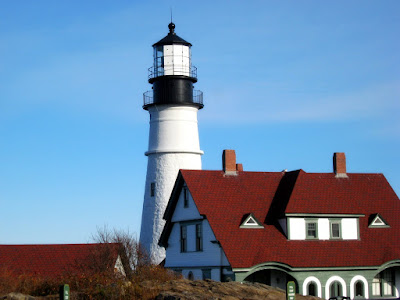 This is still very much a working lighthouse, although it has been automated since 1989.  Before that, a long line of keepers kept it going. 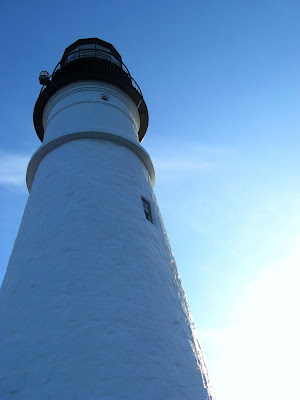 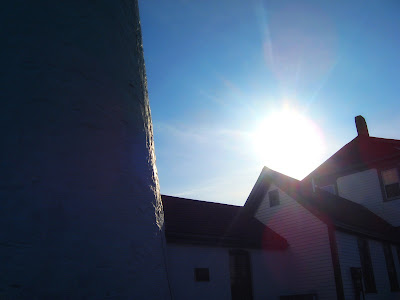 Two lighthouses are visible from our cottage at night, but Portland Head Light is on the other side of Cushing's Island, just out of our line of sight.  Even though we can't see the lighthouse itself, however, most nights we can see its beams sweeping in an arc above Cushing's.  I can only imagine the comfort  and guidance these beams have given sailors ever since President George Washington appointed Portland Head Light's first keeper in 1791.