G is for Games 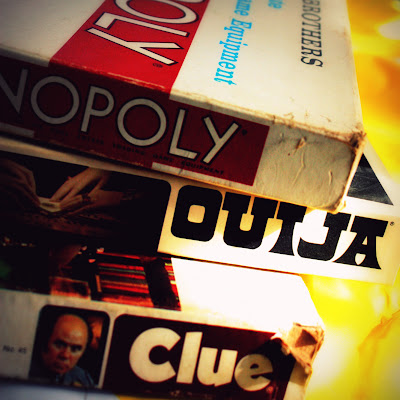 Visiting my mother this week, I discovered all our favorite childhood games stacked on a shelf in the laundry room.  Most of the boxes are a bit ratty, but the boards are fairly intact and nearly all the playing pieces are miraculously still in their little cardboard slots. 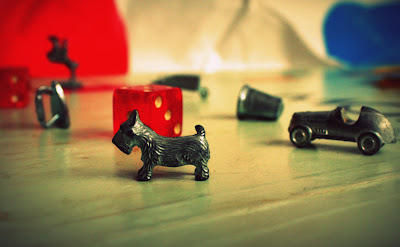 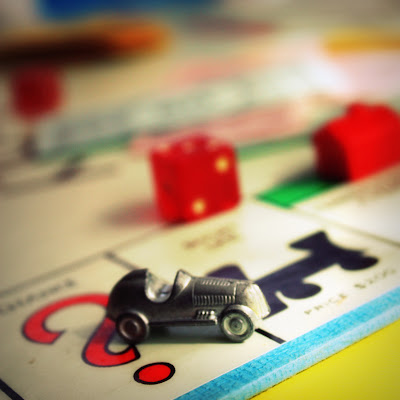 These are the real deal--vintage seventies rainy-day specials.  Including the best game of all time: CLUE 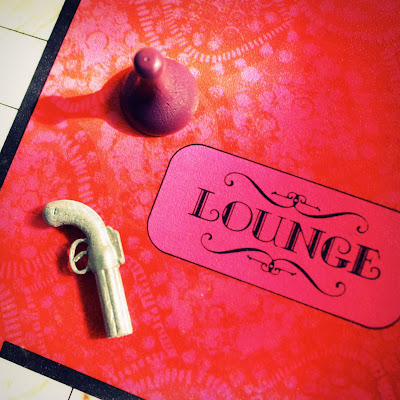 My sister and I always fought to be Miss Scarlet.  She was older, so she usually won.  My second choice was Professor Plum; third was Colonel Mustard.  No one ever wanted to be Mrs. White. 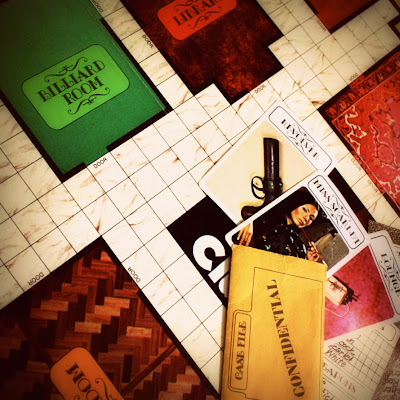 And then there was Twister.  This game was only fun when I was about twelve and when there were boys around.  My mum and I looked Twister up on the ever-reliable and always factual (ahem) Wikipedia, and we discovered that Twister was first released in 1966, but it didn't become a hit until Eva Gabor played it with Johnny Carson on the Tonight Show.  What a hoot that must have been!  Apparently, Milton Bradley was accused by its competitors of selling "Sex in a Box."  Well, duh, as we  used to say when we were kids!
From the looks of it, our Twister spinner is one of the early ones.  Don't ask me who wrote the numbers on it or what they were for.  We were always inventing our own spinoff games using various bits and pieces from other less-loved games. 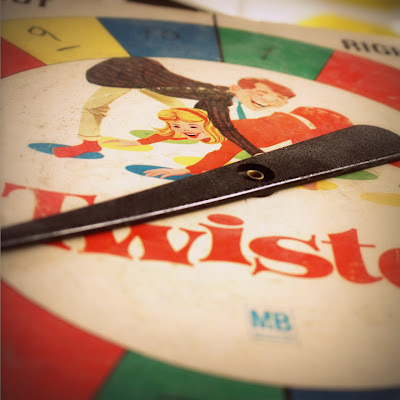 Last but not least is the Ouija Board, produced by Parker Brothers, who, forgive the pun, had quite a monopoly on the game industry in those days.  Ouija isn't strictly speaking a game, but we treated it like one, albeit a terrifying, pee-your-pants kind of game.  Sitting around the Ouija board in a dark room with candles lit and a half-dozen or so kids wired on orange soda and chips is one of my most vivid childhood memories.  So vivid that I ended up writing a poem about Ouija, which I've included below just in case you're in a poetry mood.  It's written as if it were the rules for how to "play" Ouija.  Definitely read it aloud.  It begins as a kind of funny poem, but don't let that fool you.  Read all the way through, beginning slowly and letting your pace pick up as you go.  I should mention, too, that it's not a poem about childhood. 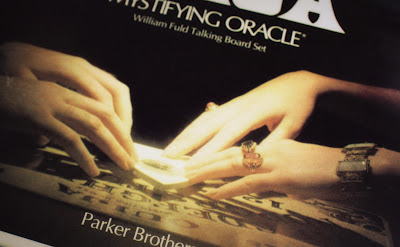 Ouija-Board Rules
“Ouija board, ouija board, ouija board,
would you help me?
Because I still do feel
so horribly lonely.”
--Morrissey
The board should be bought
during a waxing moon
at a two-family yard sale
in Ohio or Vermont,
or found on a Wednesday
at the town dump,
or passed down
from a spinster aunt
with gout and houseplants.
It must be kept
in a box whose corners
are held with cellophane
tape the color of tea,
and after obsessive use
for three consecutive nights
during which six
thirteen-year-old girls
receive this message
from the spirit world
three consecutive times:
warning staircase good bye,
it must be wedged
with trembling hands
on a shelf in the hall closet
beside the hat box
with the brown fedora no one has worn,
and between the Candy Land
and Clue with missing candlestick
replaced by a penny marked 1973.
It must wait then for at least
a decade in the dark to speak.
Only then, on a weekend
when the house smells of pea soup
and a particularly pungent
strain of family tension and loss,
may it be taken down,
the planchette placed gently
as a beating heart
in its center,
and the fingers of those present
may take their positions.
Expect nothing.
Let someone else ask the questions.
Do not let your pulse
quicken its pace.
Place a pure silver coin
over the moon.
Picture a piece of the one you lost--
the crescent scar behind her ear--
never picture her face.
Do not want this too much.
When the planchette trembles,
glides to the letters,
let someone else spell the answers.
The room will be dark, of course.
Spirits like dark,
and rain’s good, too.
Windows will rattle
as windows do.
Ignore words
from the man who died
in the basement
or the sea captain
who murdered his second wife.
You’ll be tempted to flip
on all the switches, bake chocolate
chip bars, play Twister,
which you found in the closet, too,
but do not let go.
Wait for the words that matter,
the ones for you,
the ones from her,
the ones she never said,
the ones about bacon
sandwiches in the park
on a Sunday; the word shoe,
which could only mean
the one you lost chasing
her drunk down Deering Street
on New Year’s Eve.
Wait for her words,
the ones you never heard;
do not let go.
If they don’t come,
if you must,
if all else fails,
ignore the others
around the board,
push the planchette;
push it past S, past F,
past YES, past the sun,
past the moon, past Parker Brothers,
and X;
push the needle in the heart,
push it all the way to HELLO--
do not let go.
(This poem was previously published in Mid-American Review, published by Bowling Green State University, and in my chapbook Learning to Tell Time, published by the University of Alaska Fairbanks.)
I'd love to hear about your favorite childhood board games.  Do you still play any of them now?  I think I'm going to pester my nephews to play Clue with me sometime soon.  Maybe now I'll finally get to be Miss Scarlet. 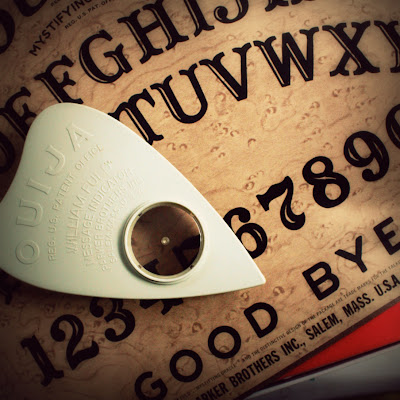 Posted by Gigi Thibodeau at 4:02 PM